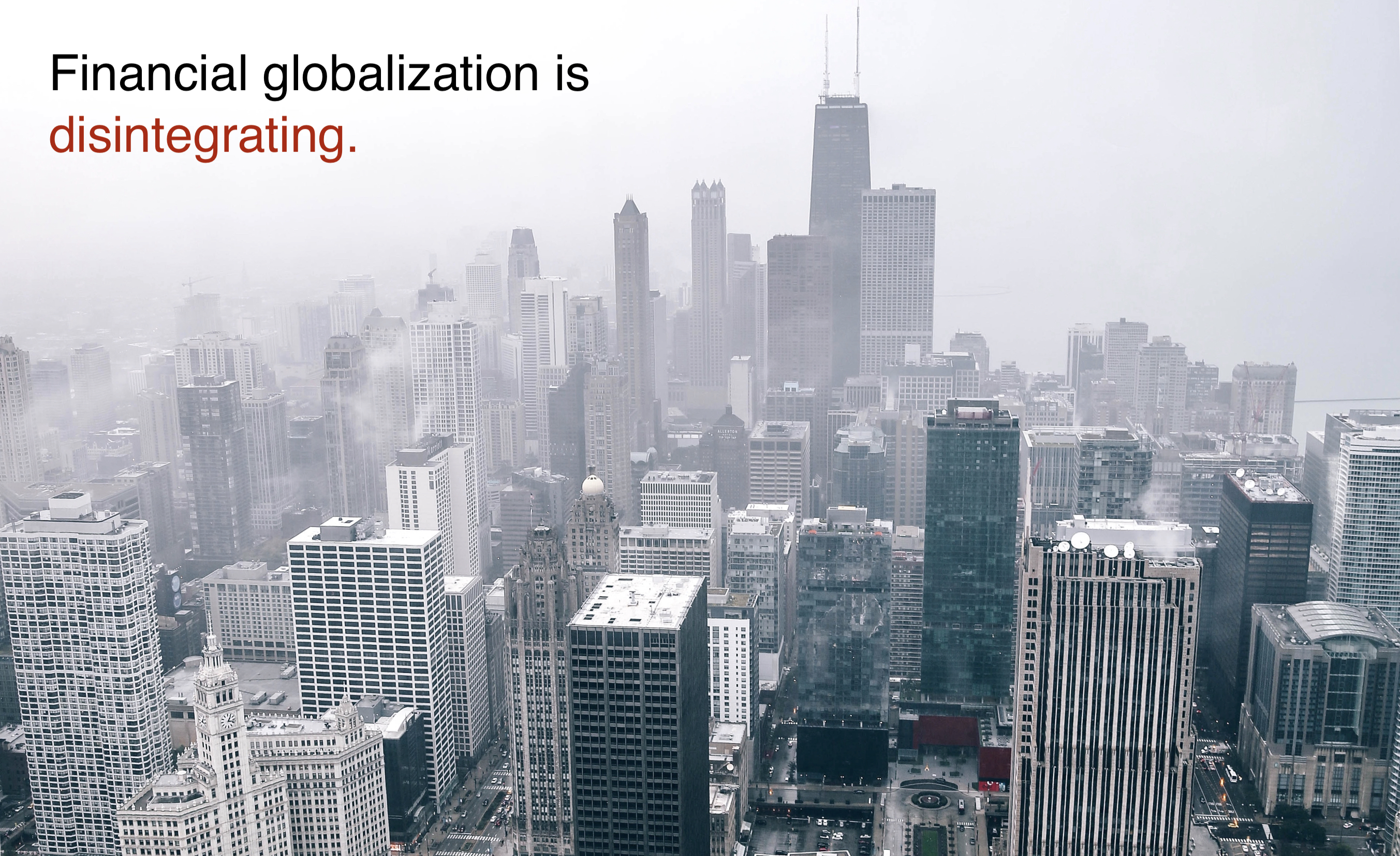 Globalization, the process whereby nations become more economically and technologically interdependent, intensified after the great Cold War getting into full swing during the 1990s.   But global flows of long-term investment fell sharply following the 2008 financial crisis.   And while globalization continued to decelerate, Russia’s invasion of Ukraine catalyzed a significant decoupling within the world economy.

As John Micklethwait and Adrian Woodridge wrote for Bloomberg, “The invasion of Ukraine is accelerating changes in both geopolitics and the capitalist mindset that are deeply inimical to globalization.”   And as NY Times columnist David Brooks recently opined, “Economic rivalries have now merged with political, moral, and other rivalries into one global contest for dominance.”

Divergence turns into conflict as great powers compete for resources and dominance.

Lacking sufficient resources to effectively build its own international economic institutions, Russia has resorted to violence … a strategy of last resort.   In contrast, China has expanded its global footprint through participation in institutions such as the International Monetary Fund, the WTO, and the UN Security Council.

With an accelerated corrosion of interconnectedness, world financial markets are in the midst of a major reset.

As investors transition to a new world order and a rate hiking cycle, carefully selected US stocks are likely to uphold the global advantage.   Notwithstanding, world wars effect the dominance of currencies and efforts to bypass the dollar-based US financial system are intensifying.   While the dollar appears likely to remain the primary global currency for years, the use of digital currencies may well accelerate as countries push forward with strategies to reduce dependence on US-controlled systems.

This blog will explore the causal relations behind capital flows during a period in history when markets can . . . and will . . . suddenly shift from quiescence to turbulence.   The investment strategies discussed in this blog . . . this conversation . . . acknowledge that markets behave in irrational and unpredictable ways.   And it is in that context that the colloquoy hopes to think anew about market timing and risk . . . to develop novel analytical frameworks that better discriminate between noise and informativeness . . . and to make some sense of the entanglement of financial markets in geopolitical events.